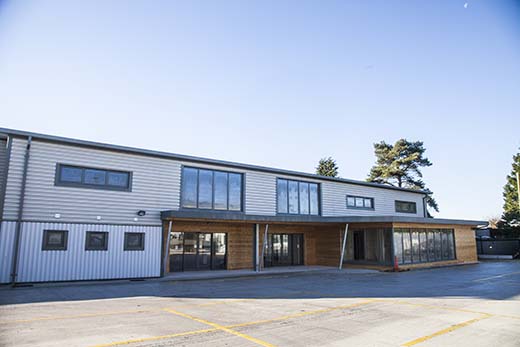 67 years ago, FW Yelland, a tyre mechanic, strolled into Gordon Edwards’ Okehampton office to enquire about accountancy services. It was the first encounter that would turn into a business relationship that continues to this day, including 50 years with Simpkins Edwards.

In the intervening period, four generations of Yelland have worked in the business, which became a tractor dealership in the 1960s, before diversifying into agricultural building development in the 1970s. Over this period Mr John Yelland became a partner in 1960 and Mrs Olive Yelland joined the board as a director in 1978.

Colin Yelland, a current director of the company and grandson of FW Yelland, has worked in the business since the age of 16. Now 54, he is the latest generation to sit at the helm of the business alongside his father and two brothers, Philip and Michael, both of whom are directors and started work in the company at the age of 16. “The team at Simpkins Edwards have stood by us through both the good times and the more challenging times” says Colin. “Their advice is always high quality and integral to the running of our business.”

Throughout those 50 years, Simpkins Edwards’ continuity of service has played a big part in the relationship, as has the firm’s willingness to ‘muck in’ when needed. This included a stint when the firm’s Paul Chammings provided twelve months of cover for FW Yelland & Son’s accountant, during a period of extended ill health. As Partner, Rob Bedford, says: “Colin needed a stop-gap solution while their company accountant recovered from illness. We were only too happy to help out by seconding Paul to the business for one day a week.” Commenting on FW Yelland & Son’s relationship with Simpkins Edwards, Colin says: “The mark of a good business is one that’s there for you when you really need them. Simpkins Edwards has always been that, helping our business to grow, diversify and thrive over four generations and, I hope, many more.”